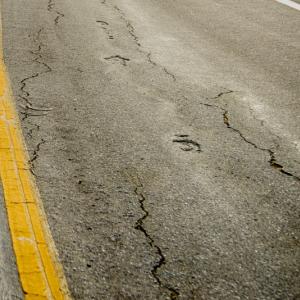 Fuel taxes have long been used as funding to repair roads and infrastructure. There is a seemingly logical reason for this. One might say individuals who drive more, wear down the roads more and should be paying for their maintenance rather than having road repair funds sourced from general property or income tax levied on city dwellers who don't use roads.  On the other hand, roads are used to transport food and other goods for the entire population and fuel taxes are a burden to the freight industry.

As cars become more efficient and gas demand decreases, there’s a loss of tax revenues to fund road repairs. The repair costs increase each year but revenues from gas consumption have been lower.  Fuel taxes have been increased by many states as a way to handle this decrease.  While this revenue loss has been masked for many years by raised taxes and the increasing numbers of drivers, population growth has tapered off in the past years, and the total miles driven every year have only slightly increased. Meanwhile, the amount of roads and highways in need of repair has not remained steady when in fact, severe storms and weather fluctuations have only increased the need for road funding.

Another challenge for states that are seeking to sponsor much needed road construction is the decrease in federal funding for these projects. Road repairs have long been considered to be in the domain of states and this has led to a very wide range in the amount of money devoted towards the overall maintenance of those roads. Advocates for increased funding for road repair have stated that 20% of the roads across the United States are in need of being resurfaced which is a real safety concern.

Local and state politicians have been lobbying for federal funding - the governor of Tennessee has been traveling across state lines to discuss the need for funding for their roads, while other states also look for alternative solutions. Raising state vehicle registration rates is a common alternative to further increases in gasoline taxes. Other states like North Carolina and Connecticut are currently issuing bonds to pay for road work, effectively punting the cost of their construction needs to future generations.

What states do not want to do is raise the cost of doing business for freight shipping services and other businesses that rely on the roads to conduct their business, as it negatively impacts their local economy and job creation.

Regardless of how state officials handle this situation, Action Transport will find a way to ship your cargo in the most safe and cost-effective way.  Give us a call today at 800.820.2797 or get an Instant Freight Quote.