Factors That Contribute to a Decline in Transportation 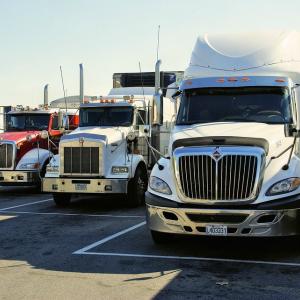 Activity within the trucking industry is often viewed as a barometer for the U.S. economy. The trucking industry often feels the effects of economic slowdowns before the rest of the people in the U.S. When transportation begins to slow during historically busy times of the year, some economists begin to worry that our country is facing an economic downturn. Others begin to scratch their heads in an effort to determine whether industry-specific factors are contributing to declines in transportation.

The recent decline in transportation comes as a shock to many people in the freight industry. After all, 2014 was a record-breaking year for many trucking companies. The American Trucking Association reported revenues of over $700 billion for 2014. This impressive record was largely propelled by a combination of lower fuel costs and an increase in truck freight shipments.

Given the successes of 2014 and the upcoming Christmas holidays, it is particularly surprising that the trucking industry is not seeing more activity. The last quarter of the year is typically very busy for transportation providers. There is usually a large influx of products exported to California from China and other countries for the Christmas season. The demand for trucks normally increases to distribute products to consumers across America.

There are a number of factors that can explain this departure from normal transportation activity. One of the key factors is the trend of some shippers to obtain their required trucking capacity through contracted partners. Loads are consolidated and fewer shipments are booked with other carriers. While the decision to use contracted partners can help to streamline the freight process for shippers, this trend can have a depressing impact on freight companies that tend to rely upon new customers for business.

Other trends impacting U.S. transportation activity are related to economic factors in other countries. Events in countries such as China can be particularly impactful because the U.S. is dependent upon them for products. The economic slowdown in China and the impact of striking truck drivers in China’s ports have resulted in delayed shipments and a shortage of goods arriving in California. The end result is a decrease in truck shipments leaving California.

Finally, many people fail to consider the impact that decreased exporting has on the trucking industry. For instance, the slower economy in China has reduced the number of shipments of scrap metal and waste paper from the U.S. to China. This has resulted in an increase in the number of empty shipping containers being dispatched to China. With this reduction in exports, there are fewer trucks on the road delivering goods to California ports.